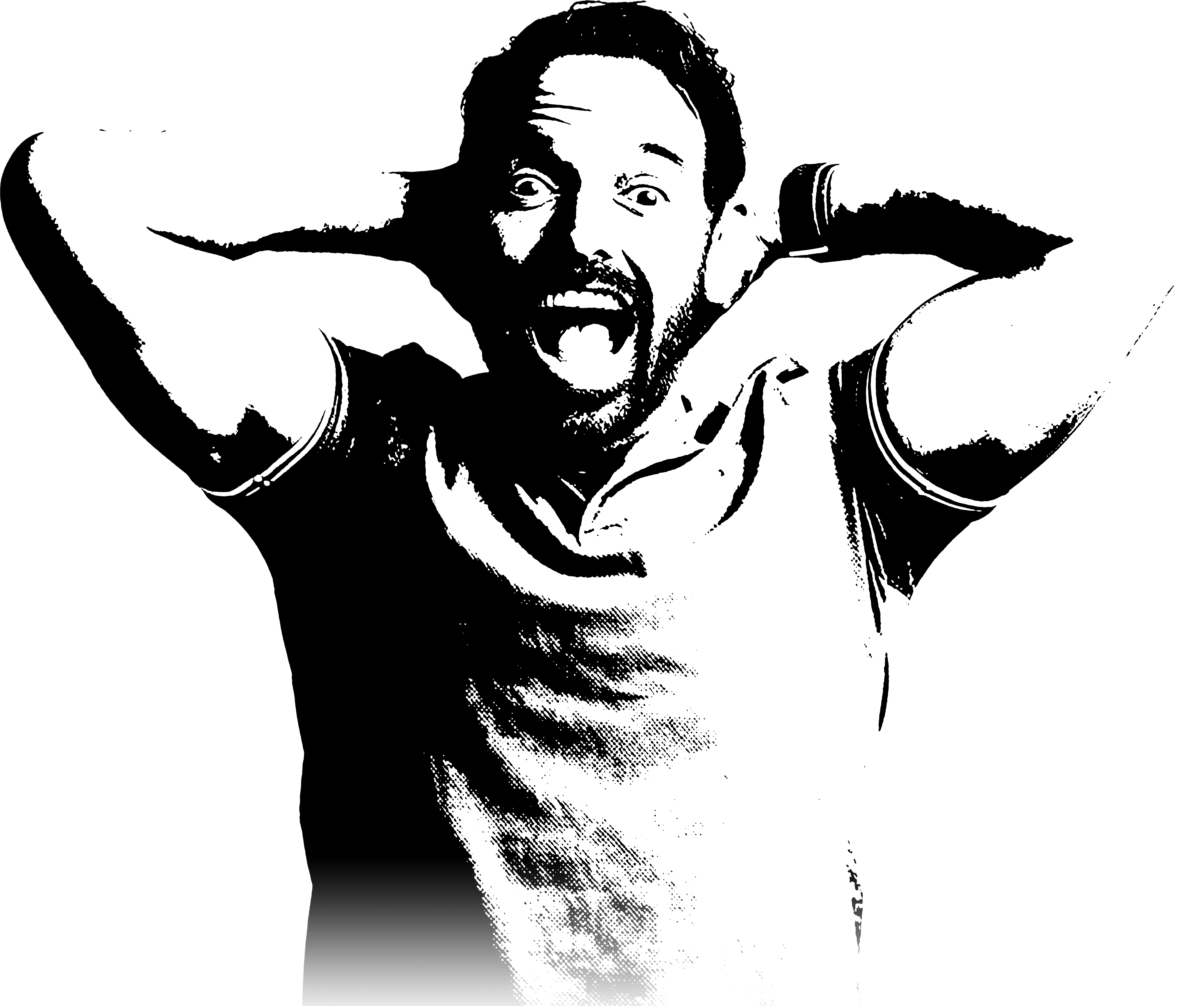 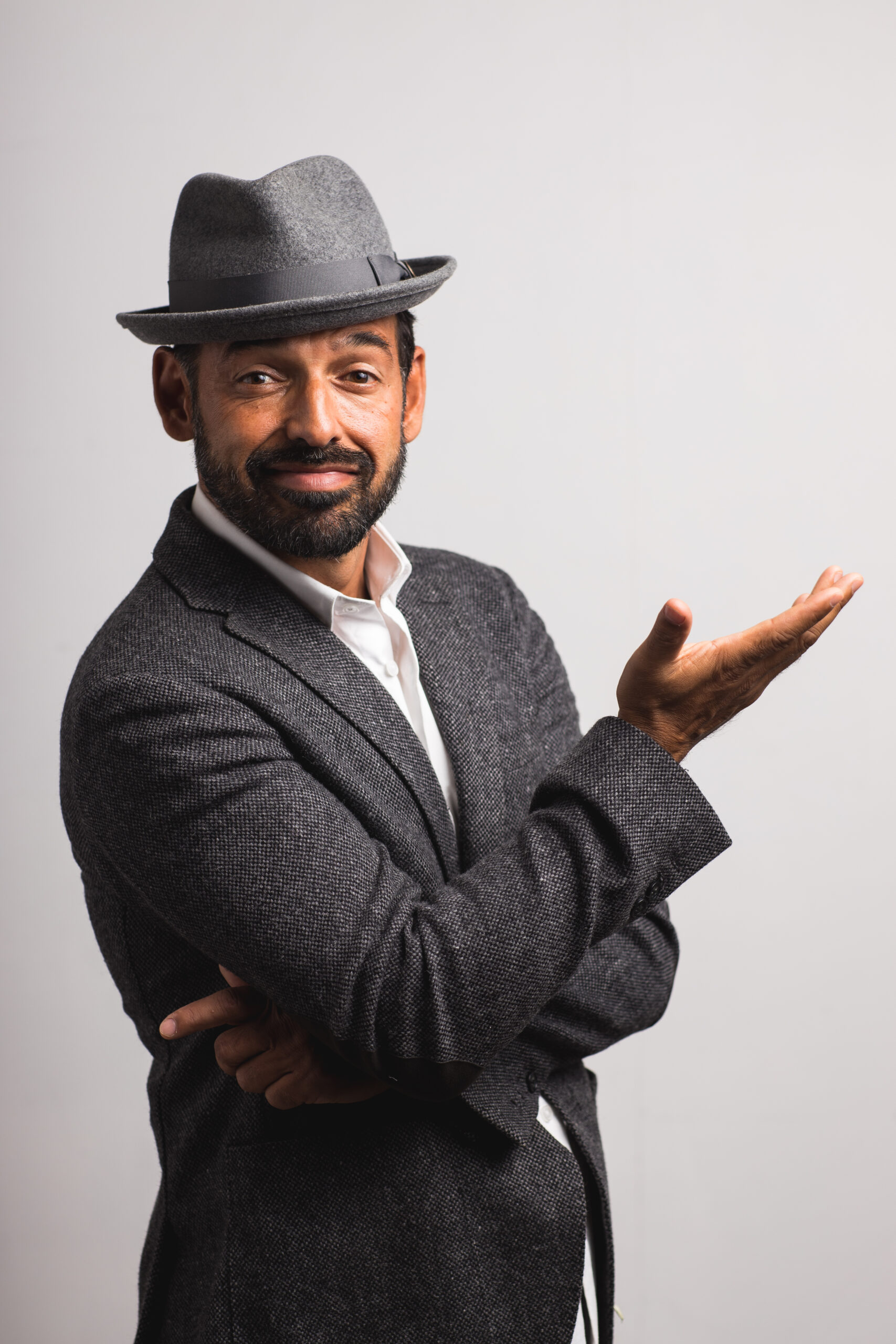 Raised in rural Newfoundland Canada, Shaun Majumder has been a performer his entire life. After leaving his hometown of Burlington (Pop 350) and moving to Mississauga Ontario at the age of thirteen, Shaun acted in his first stage play in the 8th Grade (Grade 8 in Canada). Immediately he was hooked. He continued theatre throughout high school, winning several awards at festivals for his many performances. But according to the adults around him, there was no future in this acting thing. So, Shaun followed the guidance of his teachers and did what most did; went to university with the hopes of a career finding him.

After one year of partying and taking general arts classes, Shaun quickly realized his true passion was acting, so he abandoned his safety net and went for it.

He found early success as a Standup Comedian and host, landing his first gigs with YTV (Canada’s Nickelodeon) as a host/PJ for five years, along with CBC’s Just For Laughs comedy series. He continued to book small roles in Film and TV and in 2003 he Joined the cast of CBC’s This Hour Has 22 minutes where he spent seventeen seasons.

For the past twenty plus years, Shaun has found success on both sides of the border. A few noteworthy performances include his work as Detective Vik Mahajan in the ABC’s critically acclaimed crime drama, Detroit 1-8-7. His role as Andrew Palmer on NBC’s The Firm starring alongside Josh Lucas and Juliette Lewis. As Hassan Numair on FOX’s 24. His comedy roles include starring in the Sketch Comedy Series Cedric The Entertainer Presents, The Farrelly Brother’s Unhitched, ABC’s Married Not Dead, NBC’s Nevermind Nirvana, and CBC’s Hatching Matching and Dispatching.

Shaun resides in Los Angeles with his wife Shelby Fenner, his two daughters Mattis Maple and Eslyn Willow and their two Boston terriers Jazzy and Freddy.

Stoked to join #Cameo! This looks like it could be

This little angel turns ONE today. A huge day. A h

Sending the very best to you this holiday season.

A few shots from today of my little cherub Eslyn.

An important piece of the puzzle on tour are all t

Happy thanksgiving to all my American friends and

Tonights sold out Halifax show is dedicated to the

While exploring Newfoundland hunting for waves on

Actor, Writer, Comedian, Father & Leafs Fan who loves walks on the beach. You may have seen me on TV

Hey, did you hear the latest? We’re trying a little experiment with some OFFICIAL MERCH. I’m serious. None of that knock off stuff where they spell my name with a silent Q. This is the real deal! We’re kicking things off with a LIMITED EDITION tshirt for the LOVE TOUR. Get one now before it disappears, never to be heard from again. Head over to the link below to grab one. www.shaunmajumder.com/product/love-tour-tee/ ... See MoreSee Less

So you've seen the LOVE tour, now you gotta get the t-shirt. Right? Or even if you didn't see it - pretend that you did and get the t-shirt anyway!Available for a LIMITED TIME! Get it while you can on my website and stay tuned, because there just MIGHT be some more fun merch coming soon!But for now, Click below to get your LOVE Tour Tee!! ... See MoreSee Less

You’ve seen the tour, now get the t-shirt! This limited edition t-shirt is available to anyone but act fast as we’re limiting the run. 100% cotton classic tee is a Unisex fit, sits nicely and main...
View on Facebook
· Share

My God, #Clarenville, what’s wrong with ye? After all the LOVE I have for you and your beautiful Canadian Tire store, the least you can do is come say hi. Still lots of tickets left for the Clarenville/Shoal Harbour/George’s Brook/Tickle me Armpits crowd. Nov. 13 at the Eastlink Events Centre. Head to www.shaunmajumder.com/tour to get yours. Or one for ya mudder. She’d love it. ... See MoreSee Less